According to the Pipeline & Hazardous Materials Safety Administration (PHMSA), the U.S. natural gas pipeline network is made up of about 2.5 million miles of pipelines—enough to circle the earth 100 times! In 2020, the network delivered about 27.7 trillion cubic feet of natural gas to more than 77.3 million residential, commercial, and industrial consumers, according to the U.S. Energy Information Administration (EIA).

Because most natural gas transmission and distribution pipelines are buried underground, the average U.S. consumer doesn’t give much thought to where their natural gas comes from. But, industry professionals know the complexities of transporting natural gas from production areas to consumers. They also know the importance of preventing damage to critical gas infrastructure.

Gas pipelines can break for many reasons. According to the EIA, a large portion of the local distribution network was installed in the 1950s and 1960s and is corroded. Excavation accidents—whether by excavation, blasting, boring, tunneling, backfilling, etc.—and extreme weather also play a big part in pipeline damage.

States with the most gas pipelines—like Texas, Louisiana, Oklahoma, and California—tend to have the most incidents. However, pipeline damages can happen anywhere, and they can have a huge negative effect on the surrounding community when they do.

Here, we share the top four reasons pipeline damage prevention is critical to protecting the U.S. natural gas system and its consumers.

The unexpected release of natural gas is an immediate danger to workers and citizens in the surrounding area. According to PHMSA, 1,112 people have been injured and 260 people have died as a result of serious pipeline incidents from 2002 to 2021.

While fires and explosions cause the vast majority of injuries and fatalities, as former PG&E President and Chief Operating Officer Nick Stavropoulos reminded in the Urbint webinar “The Future of Worker Safety in Utilities,” the presence of gas in confined spaces is also highly dangerous. In the webinar, Stavropoulos shared the tragic story of a worker who accidentally inhaled a high concentration of natural gas, which deprived him of critical oxygen and led to his eventual death.

People depend on the natural gas system to heat buildings and water, cook, and dry clothes. According to the EIA, roughly half of U.S. homes depend on natural gas for space heating and water heating.

Natural gas delivery disruptions occur less often than electric outages and are usually inconvenient rather than life-threatening. But, a disruption in natural gas service to the residential sector—whether due to dig-ins or some other cause—can have dire consequences in extreme conditions. In February 2020, for example, 246 people in Texas died after a severe winter storm knocked out the state’s utility grid, according to NPR.

Check out: How Gas Utilities Use Artificial Intelligence Technology for Damage Prevention

Unsurprisingly, incidents that damage natural gas pipelines can be incredibly costly. According to PHMSA, significant pipeline incidents have cost more than $11 billion in damage over the last 20 years (2002-2021). From 2005 through 2021, pipeline operators have paid an annual average of $405,202,111 in lost product and to respond to pipeline emergencies and fix damage, according to PHMSA. Additionally, they spent an average of $81,377,721 to the public for property damages.

America’s natural gas pipelines experience hundreds of leaks and ruptures every year. In addition to immediate safety threats, the release of natural gas also causes long-term harm to the environment. That’s because methane, the primary component of natural gas, has 28-36 times the global warming effect of carbon dioxide over 100 years, according to the Environmental Protection Agency (EPA).

In a recent webinar, PHMSA revealed mishaps and third-party excavation damages account for 12 percent of all gas distribution emissions, much higher than previous estimates. Furthermore, excavation damage is expected to contribute to a growing proportion of natural gas methane emissions. The main reason for this is natural gas utility companies continue to use plastic pipe for transmission purposes, which is more susceptible to breaks from dig-ins.

Most consumers will never understand just how vital damage prevention work is, but we at Urbint do. We’re proud to partner with some of the nation’s leading gas utilities in their efforts to reduce damages while continuing to provide safe, reliable service to consumers.

Visit this webpage to see how Urbint helped National Grid reduce its damage rate by 22 percent in just one year. 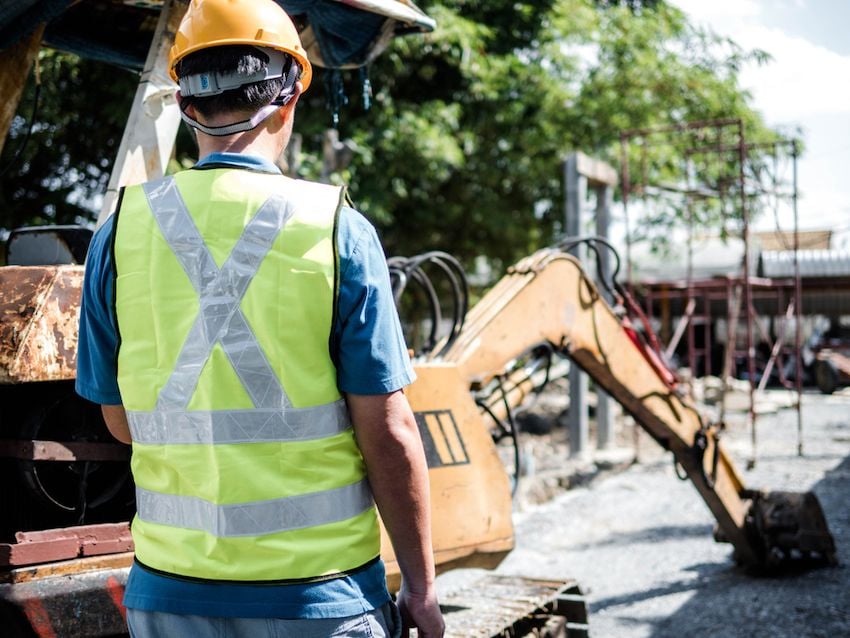