Traditional utilities like gas providers might be what comes to mind when you think of excavation accidents. But, gas facilities are actually the second-most damaged critical underground asset; telecommunications lines are the first, and it’s not even close.

The direct and indirect costs to repair damaged facilities can be steep. One study found that $330,000 in traffic disruption costs alone could be attributed to a single damaged telecommunications facility. The facility was located at a major arterial road and took 23 days to repair.

A contractor working on a sewer installation project cut an unmarked fiber optic cable in Chester, Va., on Tuesday, October 13, 2020, the last day Virginia residents could register to vote in the November general election, according to the news site WUSA9. The strike shut down Virginia’s voter registration system for more than five hours and also affected online services provided by the state Department of Motor Vehicles and Department of Health, among other agencies, according to The Washington Post.

The outage prompted a coalition of voter advocacy groups to file a federal lawsuit to extend the registration deadline. A federal court granted an extension order the next day, according to NPR, but the ordeal perturbed many and even prompted some to question whether a strike during a hotly contested presidential race was truly accidental.

Just one week after Virginia’s voter registration system went down, the school district Arlington County Schools closed for distance learning after a third party cut a fiber optic cable, according to The Washington Times. The district, which opted for online-only instruction for the beginning of the 2020-2021 academic year because of the COVID-19 pandemic, experienced a complete loss of internet service, causing it to cancel a full day of classes for nearly 27,000 students in grades pre-K through 12.

Although missing a day of school usually isn’t a big deal in a typical year, it’s problematic this academic year. That’s because students in fully-remote environments already have higher absenteeism and complete less work than students in face-to-face classrooms, according to a report from the research organization RAND Corporation.

3. A county calls 911 and nobody answers, due to an excavation damage

In 2019, a Missouri county 911 call center lost service when an excavator damaged a fiber optic line that serves the center. Although incoming calls were eventually rerouted to another 911 center about 14 miles away, there was a brief window when anyone calling 911 in the county got a busy signal, according to the news site KOAM.

This isn’t the first instance of a cut cable disrupting 911 service. A similar incident prevented people in one Tennessee county from calling 911 on their cell phones earlier that same year, according to the news site WREG. And in 2020, a cut cable interrupted 911 services for about 100 customers in a city in Washington State, according to the publication Government Technology.

It goes without saying that the consequences of someone not being able to connect with 911, or experiencing delays in emergency response because their call has been re-routed to a different center, can be deadly.

Check out: Damage Prevention and the Challenges of Keeping Communities Safe During a Pandemic

4. A severed cable shuts down the local justice system

Government services in an Indiana county ground to a halt for an afternoon in 2019 after a construction crew partially severed a fiber optic cable, according to the news site The Republic. Service was disrupted at the county courthouse, the county jail and sheriff’s department, the county government office building, and the court services building, prompting some courthouse offices to send their workers home early.

The judicial process is slow and challenging in the best of times. Any disruption in the process can have ripple effects for weeks and cause delays that impact a huge number of people, including defendants and their families.

As fiber networks become larger and more complex than ever with the ongoing deployment of 5G, it’s critical for telecommunications providers to leverage damage prevention technology to protect their investment. Every damage sustained requires an expensive repair, and the indirect costs of a damage can be much greater.

By investing in damage prevention, telecommunications companies can better anticipate and prevent damages to their expanding network of underground facilities, thereby reducing the direct and indirect costs associated with damages.

For more on the topic of damage prevention, see the blog “How to Reduce Utility Damages Straight from the Experts.” 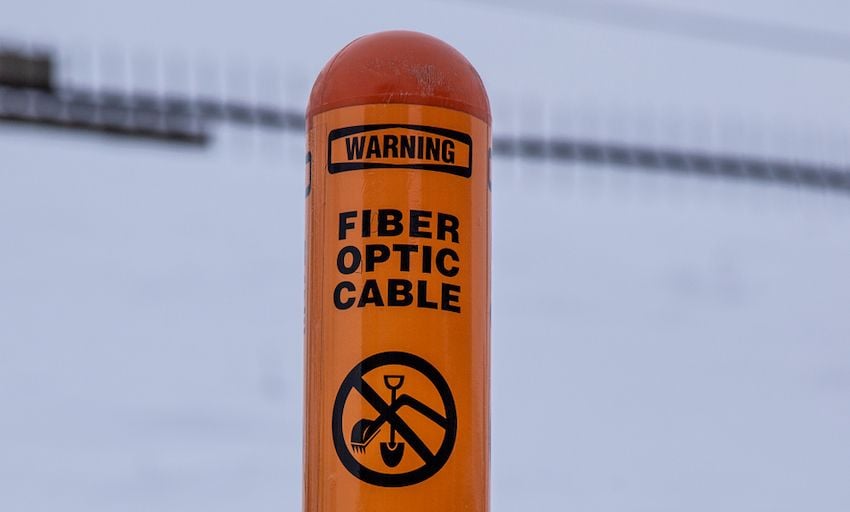