What Utilities Can Learn About Safety from the Airline Industry

Even though utilities pay serious attention to safety, industry workers have a high exposure to serious injuries and fatalities (SIFs)— much like the health care and chemical sectors.

Years ago, aviation could have topped the list of high-risk industries — but not in 2022. Now, flying is the safest way to travel: three times safer than train travel and 40 times safer than a car on the road.

It wasn’t always, though. In 1959, the U.S. saw 40 fatal accidents per million aircraft departures. The deadliest year in commercial aviation history was 1972, when 55 crashes resulted in 2,429 fatalities.

To put it another way, the U.S. has not had a large-scale crash involving a major U.S. airline in 21 years.

How did the airline industry transform its safety record and cut thousands of fatalities? And, what can utilities learn about safety from this high-profile industry? Here, we look at changes to aviation that transformed its safety record — and how utilities can adapt them to improve their own worker safety.

How Did Flying Get Safe?

What happened to aviation that improved its safety record so dramatically? “First and foremost: better training,” says Patrick Smith, a longtime airline pilot and aviation industry commentator at AskThePilot.com.

Starting in the 1970s, the airline industry began to change its training philosophy to what the industry calls “crew resource management” or CRM. CRM is a human-factors approach to working through problems and seeing how people interact as a team to improve communication skills, avoid human errors, and enhance safety.

“CRM sounds basic and, in some ways, it is. But in the old days, that mindset wasn’t there,” says Smith. “There is more of a focus now on flight crews working together to problem-solve, drawing in people from other parts of the operation when issues arise — kind of a team effort between pilots and dispatchers, maintenance personnel, all the way down.”

This approach parallels the “speak up” culture that forward-thinking utilities have strived to adopt in recent years. As with flights, utility crews have employees of different backgrounds, specialties, and experience levels collaborating on a task. CRM and “speak up” cultures work to minimize the communication problems that may arise.

“The umbrella of better training includes more sophisticated simulators, better understanding of what types of scenarios to train pilots in, and better tracking of negative trends in the industry,” Smith says. “There’s a strong focus on being proactive, so pilots can be out in front of problems before they become crises.”

Utility safety leaders agree a proactive approach is crucial to better safety outcomes. Emily Whitcomb, director of Work to Zero at the National Safety Council, encourages organizations to adopt a holistic view of worker safety to get ahead of potential problem areas.

“We really suggest that organizations look at their management systems, look at their operations to look for risky shifts — long hours, not a lot of rest between shifts, demanding work,” she says.

Improvements to airplane quality have also heightened the industry’s safety. “Today we have more sophisticated airplanes with more sophisticated equipment, better collision avoidance systems, better cargo fire protection, better navigation, and all of these factors extend from the airplane to the simulators and the training environment,” says Smith.

Utility equipment may be less advanced than the newest jets, but it has also gone through evolutions that have improved its safety — from trench shields to GPS to drones.

More advanced technologies necessitate more advanced training, though. Flight crews and utility crews alike need individual training on new technologies — and group training on how to use them together as a team. In a cockpit or on a job site, technology changes can cause procedural changes that need to be worked through and controlled. Both crews need to be attuned to irregularities in equipment and processes.

“There are self-reporting programs at airlines, where if a crew encounters an issue or even makes a mistake, they self-report, in a non-jeopardy situation, as long as they weren’t being reckless,” Smith says. “All those reports get compiled and scrutinized, so we can see where to detect trends, see where problems are emerging, and resolve those problems before they result in an accident. This keeps problems from being hidden and driven underground.”

“If people … identify a problem or self-identify an issue where they messed up, they made a mistake, those are the folks that you want to actively cultivate,” he says. “So, we need to move away from suspension, terminations, or letters to the file.”

Avoiding a Cascade of Risks

As in other complex industries, safety for airlines is often a matter of avoiding a lethal “domino effect” of cascading risks that accelerate into a larger crisis. “It’s pretty rare that there’s one single cause to an air disaster,” Smith says. “When you look at accident analysis, there have been a lot of serious crashes that were a cascading or compounding series of problems.”

In 1977 at the Canary Island airport of Tenerife, two 747 jumbo jets from KLM and Pan Am airlines collided on a foggy runway, killing 583 people. Smith describes the Tenerife crash as an ideal example of how a few small mistakes can compound into a huge catastrophe.

“The pilot of one 747 took off without permission in the fog and hit another plane,” says Smith. “But so many other dominoes had to fall. Everything from a blocked radio transmission to the co-pilot on the scene not being assertive enough to question the captain’s authority — there was a breakdown in CRM.”

Of course, even a single error on a utility job site can result in a SIF. But as with aviation, many utility incidents are the result of smaller risks accumulating into bigger ones. For example, fixing a power line on a clear day presents a risk. Fixing a power line at elevation in a storm without fall protection or rubberized gloves is a much more dangerous activity because of the many additional risks involved.

For both pilots and utility safety managers, the job involves a lot of “managing contingencies,” as Smith describes it. In both fields, leaders must think ahead and constantly ask “What if?”

“We use checklists in the cockpit all the time — checklists for every contingency, possible malfunction, or emergency,” says Smith. “Other industries are starting to adopt more of this, like hospitals and medical professionals using medical checklists to avoid errors and improve patient safety.”

The Edison Electric Institute (EEI) has led the adoption of checklists for utility safety with its Safety Classification and Learning (SCL) Model and its associated high-energy control assessments (HECA). These materials provide clear, step-by-step processes for determining job-site safety and confirming the presence of controls for common sources of hazardous energy. First published in 2019, they continue to gain ground as the leading safety approach for utility workers today.

The transformation in airline safety hasn’t happened overnight, but the improvements have persisted for decades. Curiously, the biggest gains haven’t all come about from advances in technology. Many of the benefits came from focusing on how people communicate, how mistakes tend to happen, and how regimented systems and repeatable procedures can shift the operation of a complex machine.

“Most of a flight from start to finish is pretty routine, but there is lots of interaction with people and technology to get a plane from City A to City B,” says Smith.

Like utilities, aviation safety improved the most by changing the industry’s culture — by making its approach to safety open, collaborative, proactive, and non-punitive. In the utilities, aviation, and other high-risk industries, safety records improve by leaders putting the value of human life above everything else.

Ready for more ideas on how to improve utility worker safety? Sign up for our newsletter to get them served to your inbox every week. 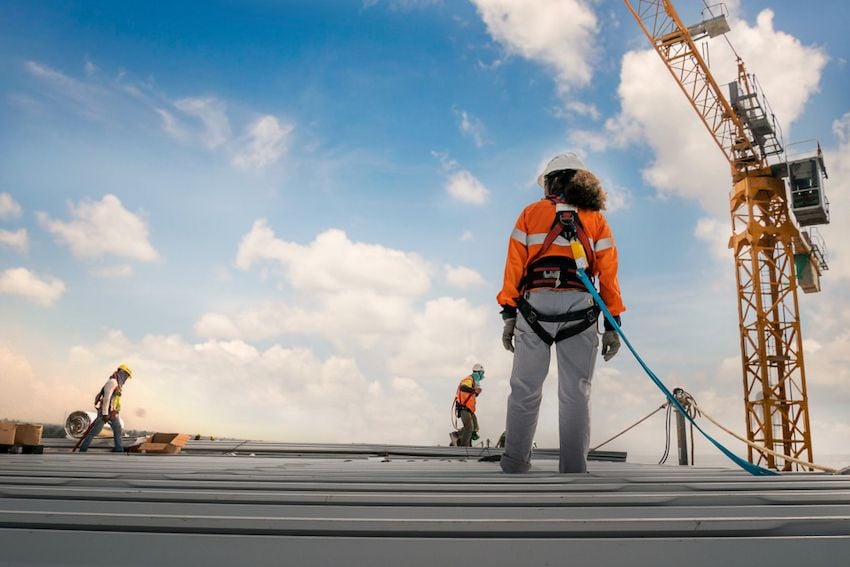 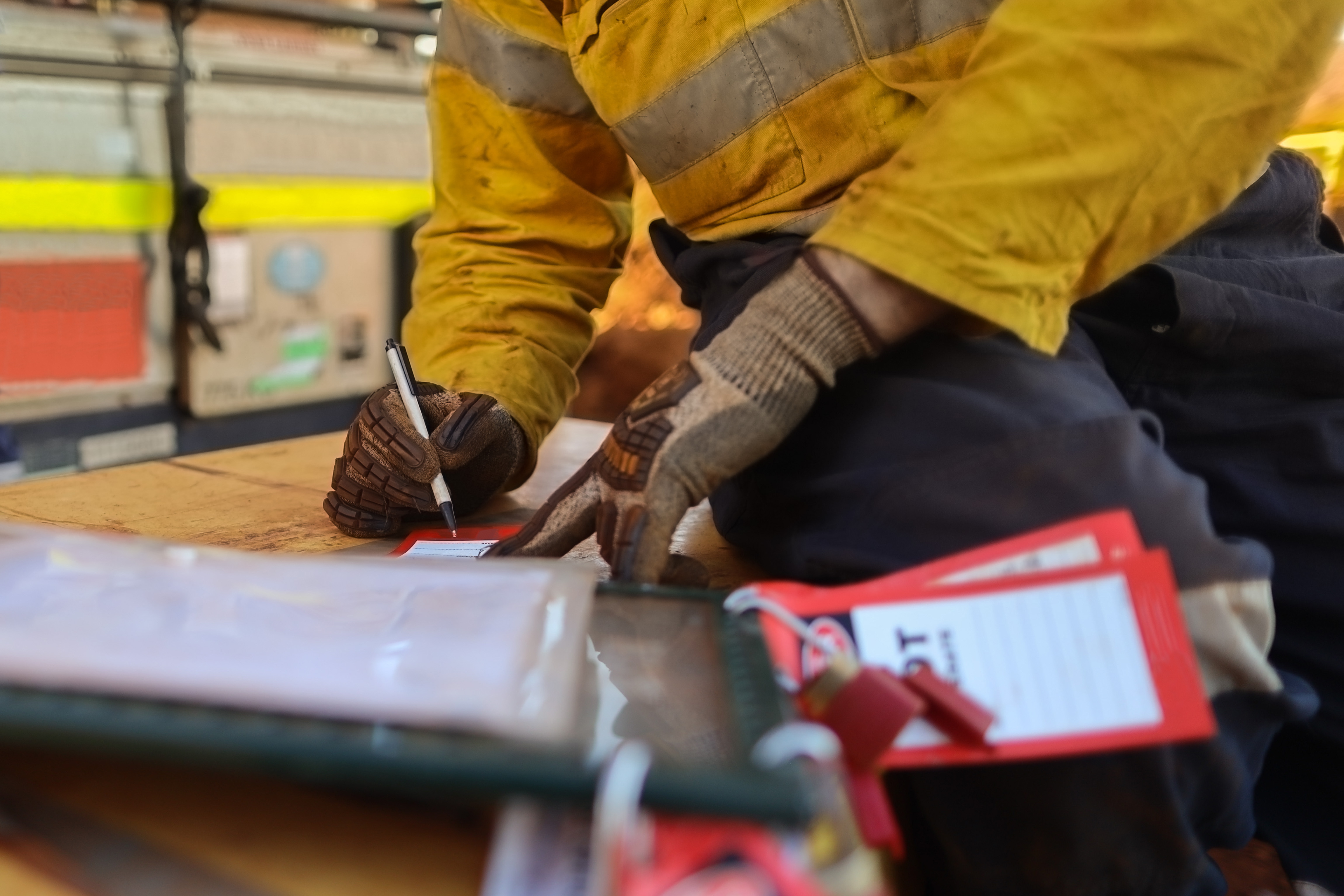