Trees and power lines seem to be perfectly suitable neighbors...at least until the former infringes upon the latter’s space. Not only are trees the number one cause of electrical outages, according to the Utility Expo, they also have the potential to do much worse damage.

In 2020, nearly 59,000 wildfires burned 10.12 million acres of land—the second-most acreage impacted in a year since 1960, according to a Congressional Research Service report. In areas with particularly dry, windy conditions, a single spark from a downed power line has the potential to ignite a deadly blaze.

Most electric companies have broad coverage areas filled with a variety of vegetation. For example, Duke Energy Florida maintains more than 40,000 miles of power lines, serving 1.7 million customers, according to the company website. This includes 18,000 miles of overhead distribution lines, which most commonly experience outages caused by unruly vegetation.

Check out: 20 Regions Where Utility Damages Could Rise in 2021

Though working in utility vegetation management can be rewarding, recruitment and retention can be an issue.

According to a 2019 vendor survey conducted by the Utility Arborist Association (UAA), workers are leaving the industry for a variety of reasons including the opportunity for higher pay and a desire for less travel. A workforce largely composed of contractors, these professionals want utility companies to account for increases in cost of living, offer continuous contracts, and base wage minimums.

The UAA created a workforce retention task force to better understand the problems encountered by utility clearance contractor workers and found that workers want more respect from their employer, the utility company, and utility line workers and would prefer to be called “arborists” instead of “tree trimmers.”

Overall, vegetation management is the largest operations and maintenance expense for most utility companies in North America, with nearly all funds spent on third-party suppliers. The high cost of services, combined with a lack of professionals to perform them, can add pressure to the already stressful nature of a vegetation manager’s job.

Extreme weather events like wildfires and hurricanes are becoming more frequent and more severe. California, in particular, saw massive wildfire devastation in 2020. In total, nearly 10,000 fires burned more than 4.2 million acres—representing more than 4 percent of the state’s approximately 100 million acres of land, according to CalFire.

So far in 2021, nearly 2 million acres of the Golden State have been destroyed by more than 7,000 wildfires, according to CalFire. This includes the Dixie Fire, which has burned 960,213 acres and 1,329 structures—as of Sept. 13, 2021—making it the second-largest in state history.

In the South and on the East Coast, hurricanes have caused major destruction. Last month, Hurricane Ida made landfall on the Gulf Coast, starting several days of violent weather that ended in the Northeast. New York’s LaGuardia airport saw 6.80 inches of rain on September 1, setting a record for the most rain ever fallen in a single day at the transportation hub, according to Spectrum News.

Tree branches can be a threat to power lines in relatively mild weather. In extreme conditions, they can make an already bad situation much, much worse. As extreme weather events grow in number and severity, so, too, does the pressure vegetation management professionals feel to keep the public safe.

Read: Why Only Some Hurricanes Cause Massive Power Outages

Thankfully, every tree or shrub that comes in contact with a power line does not result in tragedy. However, they can result in steep financial penalties for the electric company.

The North American Electric Reliability Corporation, which develops and enforces reliability standards, fines companies up to $1 million per day for failing to adhere to its specification for maintaining clearance between trees and power lines, according to the Utility Expo.

The high fine was put in place to ensure electric companies take vegetation control for safety seriously. In this case, the NERC standards were created to prevent trees from growing into power lines, as well as lowering the risk of an arc-over, which occurs when an electrical discharge from a power line goes into a tree.

Vegetation management is essential to protect critical electrical infrastructure. Failure to keep vegetation at bay can have disastrous effects, causing many in the profession to feel intense pressure to deliver despite growing challenges.

Up next: Experts Share Best Practices for Utility Protection Programs 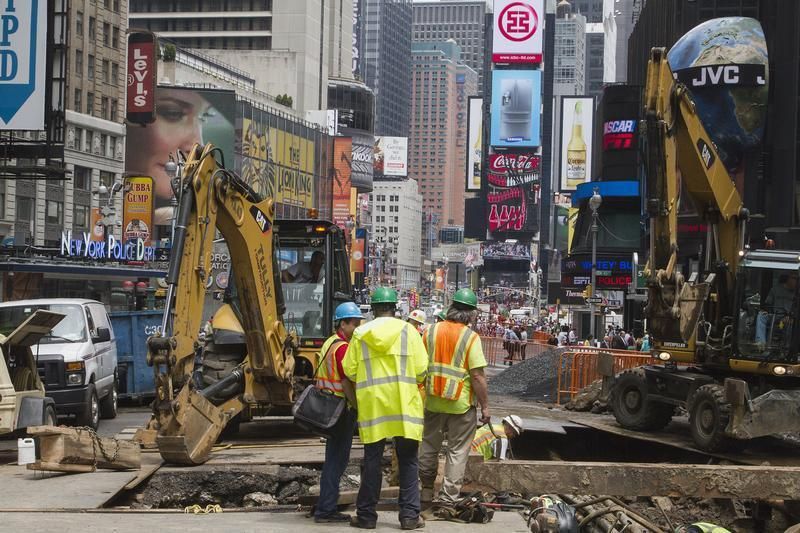